Even at Two Cents, You're Still Being Overcharged.

Have a look at this picture: 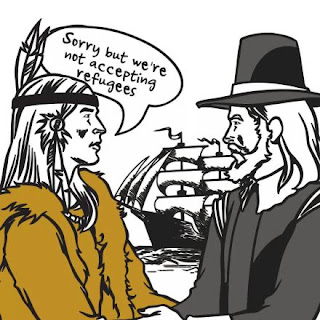 What do you think it is saying?

Have a watch of this little video clip:


What do you think it is saying?

Some are held quietly by those who are reticent to share them publicly.

Others are extremely vocal about theirs and frequently challenge contrasting views, robustly armed with statistics and figures which prove their perspective.

It sometimes seems as though the side that shouts the loudest wins the day.

Which is as good an approach to take as any, as most people's "well-studied" opinions are hilariously self-deceiving.

That's right.  We all just lie to ourselves all the time.

It's called a cognitive bias.  Essentially, it means that we are more likely to see what we look for, adding weight to facts and data that underline, rather than undermine, our previously held beliefs.

And there are some very clever things out there that demonstrate this fact.

Both of the above are great little pieces of media in which a viewer's cognitive biases can be drawn out.

Look at the picture above again.

The Native American tells the Pilgrim that they aren't allowing refugees.

On the one hand, it is ironic because the Pilgrims are migrants and now an awful lot of their descendants are opposed to allowing more immigration.  As none of these people would be here if not for immigration, it appears to highlight the absurdity of their position and uncover a selfishness and lack of awareness.

On the other hand, it is ironic because the Native Americans were systematically wiped out by the migrants.  Arguably, they would have been much better off had they uniformly adopted an anti migrant policy and that idea reinforces the argument which those in the anti-immigration lobby are making.

Let's turn our thoughts to the video.

On the one hand, it highlights that the willingness to accept evolution and scientific conclusions without first acquiring the level of education necessary to test them yourself requires the same sort of faith that religious people observe.  It is just a faith placed in men whose conclusions you are willing to believe based on precedents and their education.

On the other hand, it points to the fact that people mired in their beliefs seldom change them for facts and reason, not matter how the theories evolve or are refined and proven over time.  Regardless of conflicting data that you might be presented with, you can play the man and not the ball, and point out that due to the nature of scientific theory and evolving ideas, things which men once believed to be true was later proven to be false, and therefore a scientist is as fallible as a religious leader. Surely then, it would be folly to abandon your beliefs for science, with its patchy track record?

The nice thing about both the above examples is that depending on your cognitive biases, you'll have likely seen only one side of the argument in each instance.

If you saw both sides of the issue, congratulations on being so perceptive, but I still bet you agreed with one side of the argument more than the other.

What I like best about the above is that they do such a good job of portraying both sides of a complex issue in much the same way that a simple optical illusion allows you to see a duck or a rabbit at the same time, or a young or old lady at the same time.

It is only with thought and study that the other half of the image is revealed.

If you want your opinion to mean anything, you need to recognize and switch off your cognitive bias and approach issues with an interest in seeing an issue from all angles.

This, in turn, raises the point - How often do we really seek to learn and understand another's perspective?

Too often, the way we engage with others has the effect of shutting down real communication, effectively hampering the ability of both parties to reach harmony.

I'll probably look at that next time.

Posted by AtlasMentalism.com at 6:16 AM

Who is Atlas Brookings?

AtlasMentalism.com
The son of a psychologist and a computer programmer, as a child, Atlas voraciously read anything that he could get his hands on. In what he now recognizes was a desire to better relate to his parents, he would read the books in their personal libraries, including countless books on varying topics in the field psychology as well as technical manuals on different programming languages. By the age of eight, he had written numerous computer programs and read and understood books with complicated-sounding titles like "The Peter Pan Syndrome". Atlas quickly realized that the input-output system used to relay information to computers was very similar to the five senses that the human brain uses to obtain, weigh, and process data. He began to see the human mind as a computer that could be programmed. Over time, he began to experiment with this idea, and soon married the disciplines of the psychologist and computer programmer. Today, Atlas performs wonders for all sorts of people.